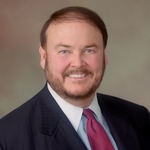 Victor Carmody was employed by the Jackson Police Department as a police lieutenant from 1973-1980. With attorney Vic Carmody you get the best defense from knowing both sides of Mississippi driving under the influence (DUI / ms dui) law.

Vic Carmody is an original Founding Regent and served as Dean of the National College for DUI Defense 2001-2002. He currently serves as a Fellow of the college and is active as an instructor during the summer trial college at Harvard Law School.

He is the author Understanding DUI Scientific Evidence, 1st and 2nd editions, Mississippi DUI: Law & Practice, and the Mississippi Criminal Trial Practice Forms manual, part of Thomson West's "Mississippi Practice Series." Additionally, The DUI Book: Mississippi Edition, written by Victor Carmody and co-authored with Atlanta attorney William C. Head, is in the process of publication. Vic is the attorney who wrote the books on DUI defense in Mississippi!

Vic Carmody has handled and tried DUI cases in 8 States and has presented DUI seminars in 15 states and 4 foreign countries. Mr. Carmody is considered by many as the best DUI attorney in the state. He was recently selected as one of the Top 100 Trial Lawyers in Mississippi by The American Trial Lawyers Association.

Vic currently serves as DUI chairman for continuing education seminars for the University of Mississippi.

He is AV rated by Martindale-Hubbell, and he was recently selected as a Super Lawyer in DUI and criminal defense by the prestigious Super Lawyers organization. Vic is admitted to practice in all state courts in Mississippi, the United States District Courts for the Northern and Southern Districts of Missisisppi, and the Supreme Court of the United States.

Come see us in Flowood, at 781 Liberty Road, across from the Atmos Energy building. 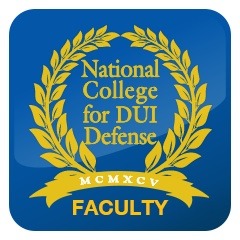 Thank you for contacting us. We will get back to you shortly.

Please complete all required fields below.

Most Americans, don't know their legal rights, particularly when a roadside (traffic) “stop” or arrest is involved. In fact, there are a lot of misconceptions about legal rights.

When you need legal services, most often it starts with a telephone call. The lawyer will most likely want to meet you in person; however, should you wish to hire a lawyer over the telephone.